It was 104 degrees on Saturday, which in the desert is nothing much to write about, but it was humid, too, and that makes it difficult to bear. In the morning I shut the windows, the blinds, the curtains and the doors. With the fans on it stayed around 90-95 inside. Tolable. At four the heat began to break and the wind picked up. I threw everything open again, because even though it was still hot, fresh air makes the heat easier to weather.

Later we drove to Wonder Valley to have dinner with friends. Wonder Valley seemed hotter though the temperature was the same. At times it was so hot it was hard to catch my breath. Nevertheless I stayed outside as the sun set and took these pictures.

Ken and I become more like Ma and Pa Kettle every day.  I watched the Kettles in the early 60s with my grandmother, in glorious black and white. The Kettles were hicks clashing with modernity. The down to earth common sense of Ma and Pa K. took the wind out of the sails of manufactured need, and hilarity ensued.

Yesterday our neighbors came by and when they heard we didn’t have network television they relayed to us how cheap and easy it would be to get 12 channels, more than enough by desert standards. We listened politely but blankly. Why would we want television when there’s a perfectly good sunset outside? That’s not to say that we’re complete Luddites. We are saving up for a Crosley portable record player. We can take that out on the porch and listen to records during the sunset, and we can pick up used records for a song. 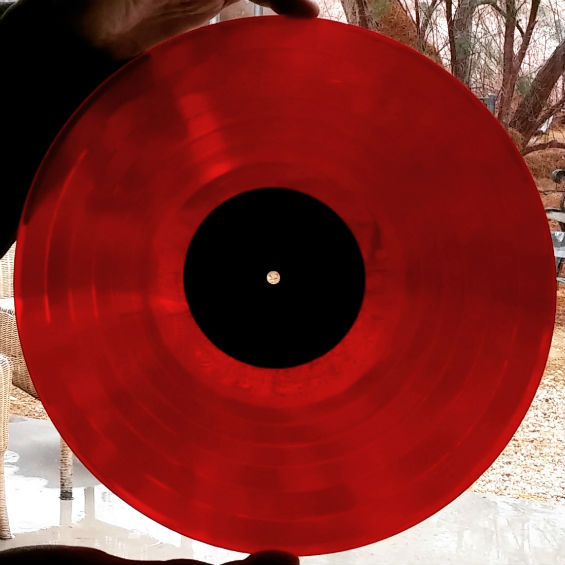 At 104 it’s too hot to use the blow dryer anymore. I won’t wear my hair down again until October. I don’t care for the heat. Hair on my face, neck or shoulders holds enough warmth to push me toward panic. I’m sporting a low pony for the rest of the summer – high enough to keep it neat, but low enough to wear a hat. Yep, it's pony season.

“Why would you want to stop yourself in time?“ Ma Kettle asked.

The desert is indifferent to humans, hell, the whole planet is, but when the environment is easier we can imagine the Earth exists just for us. To the desert you’re just one more living/dying blip on the wind. The desert doesn’t care if you’re body conscious or beach ready. That freedom to be who and what you are in space and time is why I’m here. Heat is the price of the ticket.