The Brave Cowboy, by Edward Abbey 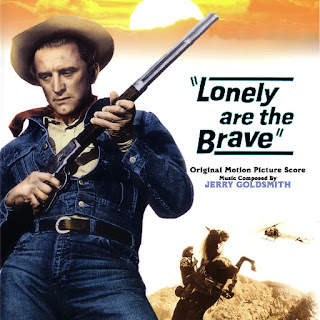 The film Lonely are the Brave reads like a love letter from the past to all the desert rats living in the Mojave. In the opening scene Douglas is camped out and awakened by jets flying overhead. The modern world encroaches on all of us here in Joshua Tree and Other desert cities, as close as we are to the Marine Air Ground Combat Center with the jets, helicopters, troop transports and osprey they harbor tagging the skies.

Aldous Huxley wrote of the stillness in the desert, "Jet planes, for example - the stillness is so massive that it can absorb even jet planes... Jet planes are already as characteristic of the desert as are Joshua trees or burrowing owls; they will soon be almost as numerous." - Essays: The Desert Boundlessness and emptiness

Our little homes, many of them no more than 200-400 square feet, are perched on the edge of the world, at the end of nature, and at the beginning of where dragons be. The fire and smoke of bombs and artillery rise above the ridge behind us and punctuate our mornings, rattling the glass in the windows and shaking the pictures on the walls by their shoulders.

Edward Abbey, the patron saint of desert dwellers, wrote the book The Brave Cowboy. Daltron Trumbo wrote the screenplay. The studio gave the film its enigmatic title, Lonely are the Brave, chosen from many much worse. They didn't want to make the movie and when the critics loved it, they didn't want to distribute it. 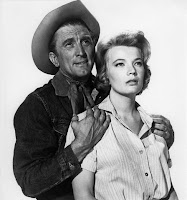 Kirk Douglas and Gena Rowlands are straight up hot and their relationship is as complex and frustrating as it is beautiful. The fight with the one-armed man is brutal and raw. I knew exactly how the movie would end and so before the ending commenced I left. I could not bear to watch what I knew was going to happen. Technically I haven't seen the ending of the film, though I've seen it in my imagination and that was bad enough.

My imagined ending of Lonely are the Brave recalls for me the night. a little more than a year ago. Driving past the Cabazon monolith I glanced southward and saw a man's body stretched on the hot pavement of a frontage road, lighted by the headlamps of police cars. He had been hit twice and killed. His body was broken and crushed. The Highway Patrol and the papers described him as a jaywalker, a retronym that describes a walking man in relation to a murderous automobile. He was doing what man does. He walked, on the edge of the world, at the end of nature, and at the beginning of where dragons be.

Horror floats to the surface of desert sands and pokes through like bones that won't stay buried. Sometimes it feels too much to bear but the horrors here are nothing compared to the those of living in the city. The desert gives you beauty and love to bear the horror. The city gives you another punch on your punchcard.

The Copper Mountain Mesa Community Center will be screening Lonely are the Brave after dark on June 20, out behind the cargo container. There will be lots of hearty food. Bring a chair and your beverage of choice. Watch this film as it was meant to be watched, under the desert stars with other desert rats, and a warm wind gentling through the creosote.
Posted by Ken and Teresa at 11:51 AM