Sheriff's Call: honesty not as valued as it once was 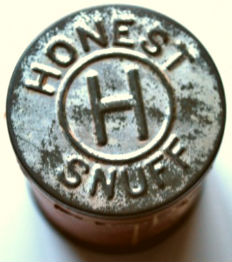 "A deputy saw a spoon used to prepare meth in plain view. The suspect, a caregiver for the homeowner, admitted it was his spoon and said he had used meth four days ago. A field test indicated he had used more recently. The suspect showed the deputy a meth pipe he had in his medical bag to prove how honest he was. He was arrested."