The Earth's Shadow and the Belt of Venus

I just knew there had to be a name for it.

There are so many spectacular sunrises and sunsets in the desert that sometime you just have to turn away, and if you do, this is what you'll often see, opposite the sunrise or the sunset, a band of blue bleeding into a band of pink. 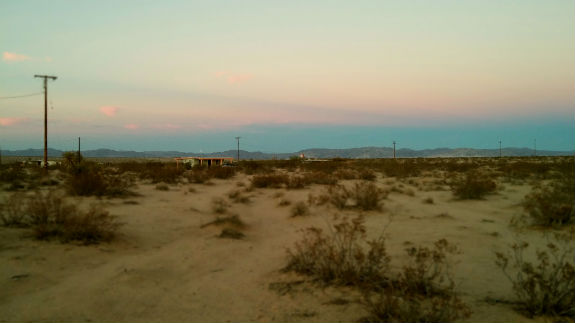