Absolutely love this article (even if I'm not so crazy about the title), shared with me by Erik Knutzen of Root Simple:

Kalifornication
Tracing the ideas that traveled from Germany to the deserts of Southern California, and, eventually, to define the spirit of 1960s counterculture. The remarkable story of the LA Nature Boys 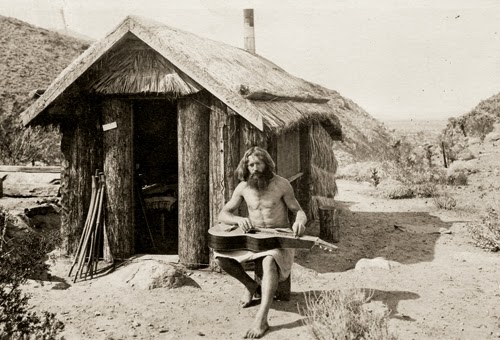 William Pester, pants-free in 1917. The truth is, it's just too hot for pants in the summer, in the desert. Sure, you put on pants, shorts, or a skirt when you have visitors (some, at least) but the rest of the time, why? Your nearest neighbors are 200-500' away and they're probably not wearing pants either.

eden ahbez, one of the nature boys (who also eschewed pants), found fame in 1948 with his haunting song, Nature Boy, made famous by Nat King Cole. It became a number one nationwide hit.


This all brings me to Bryan Cranston's desert rat character, meth cook Walter White, or Heisenberg, a man also often unencumbered by pants. 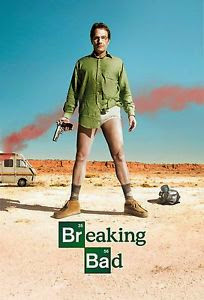 You come to the desert promising yourself certain things - you won't drink before noon, you'll wear sunscreen, you won't junk up your property, you won't change your name or join a nature cult, you'll wear pants, and you won't cook meth. It's a slippery slope, my friend. Keep your pants on, at least when company's a-coming.