We left Los Angeles around 9:00 p.m. on Friday, taking the 10 east to the 62 and then on to our cabin in Far North Joshua Tree. I don’t like traveling on Friday night as people drive erratically, having just gotten off work, or having just finished eating dinner, or impressing a female and succeeding or failing at that, or testing the margins of their vehicles’ performance. We end up dropping back in traffic from time to time to let the testosterone-fueled weave and speed past us.

Shortly before we left Los Angeles, around 8:30, Jimmie Fisher stepped out onto Railroad Avenue, a frontage road near Cabazon, and was hit by a car. His body was flung across the street. A man driving a truck stopped to see why the other car had stopped and his truck hit Fisher again, and then sped away. The California Highway patrol arrived and closed the road.

A news article reports that Fisher was jaywalking, but he was about 2000 feet or more from the closest crosswalk in a particularly pedestrian-unfriendly section of Cabazon. He was walking in the desert on a frontage road between the 10 Freeway and the railroad. There’s not much out there on that side of the freeway: a couple of old farmhouses, a failed subdivision reclaimed by the desert, the Arrowhead water factory and the Morongo Indian Reservation.

We didn’t know about Jimmie Fisher yet. We kept driving east.

Traffic slowed just past Etiwanda and I could see red and blue flashing lights ahead. An ambulance sped past us, and shortly after that a fire truck. As we drove past I looked away from the accident. I grow more tenderhearted as I age and my curiosity takes a back seat to my desire to prevent distressing images from claiming permanent residence in my head. Ken told me one car was on its side and someone was still inside. 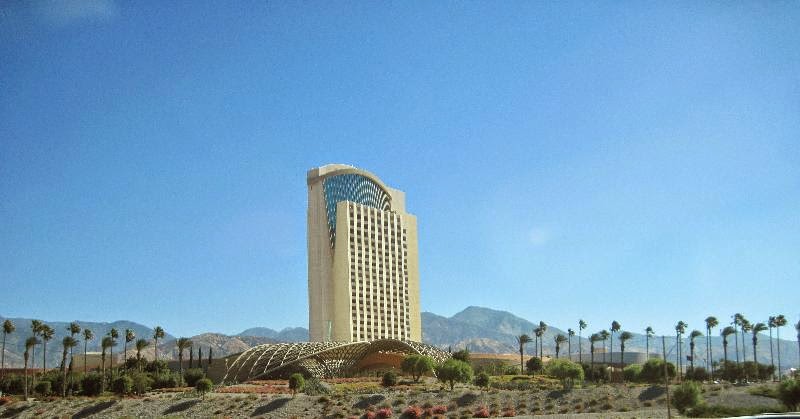 We drove on. We passed the Morongo Casino, that looming monolith with its garish and pulsating cyclopean eye, about 10:30. About a mile later, across the freeway from the giant shotcrete dinosaurs, I saw red and blue flashing lights on the frontage road to the right and about 15 feet below the freeway. The California Highway Patrol was there. It didn’t look like a fresh accident, and in fact, I found out later that the accident happened two hours before. I thought, as I looked down, that I might see a car being towed off the road, or two cars entangled, but what I saw was much worse. I saw a man lying face up, on the ground, alone in the middle of the road in a pool of light. Nothing and no one was near him. The patrol cars and patrolmen were all about 50 feet away and busied. There was no mistaking that the man was dead. He was broken and crushed and bloodied. I caught just the quickest glimpse and then whipped my head away and told Ken what I saw.

Jimmie Fisher laid out on Railroad Avenue for more than two hours without cover, for anyone driving by to see. I doubt it is the policy of the CHP to leave dead bodies exposed, to not cover them up, so my second question, after “Why don’t they cover him up?,” was “Who was Jimmie Fisher?” that the CHP felt him undeserving of the decency of cover? Was he homeless? Was he walking to the reservation? Why was he out walking alone in the desert at night?

It was an awful thing to see. It caught me in the gut, and I kept returning to the memory, the vision, again and again as if in returning I might discover something I could do to undo what had been done. But as I was pulled back throughout the evening to what I had seen, and through the following day, the vision began to fragment. I wondered if I had imagined it - my glance being so brief. The picture of the man began to disintegrate and the vision faded and was replaced with the words, the symbols: broken, crushed, bloodied, and my mind was increasingly spared the sight of the dead man.


We drove on. turning off onto the 62 and arrived at our cabin around 11:15 p.m. We drove the last two miles on bumpy dirt roads, and then turned up our bumpy dirt driveway. After we unpacked the car we pulled chairs out onto the porch and turned off all the lights. A warm, comforting wind grazed our shoulders as we looked up at the Milky Way. I couldn't help but wonder if Jimmie Fisher was still on his back, face up to the same stars, or if he had finally been given cover from the night. 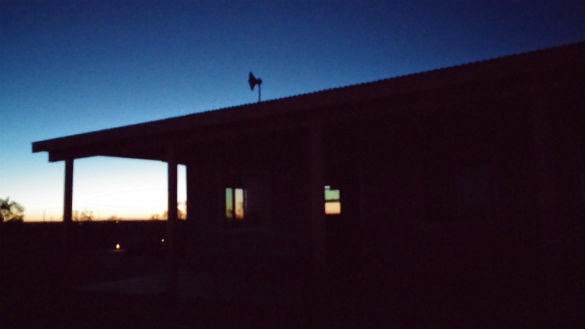