We arrived at Far North Joshua Tree late Friday night, opened up all the windows and doors to air out the cabin and let the cool air in. A full honey moon lit the sand around the cabin, making the broken glass scattered throughout sparkle like diamonds. We fell into a fast sleep. 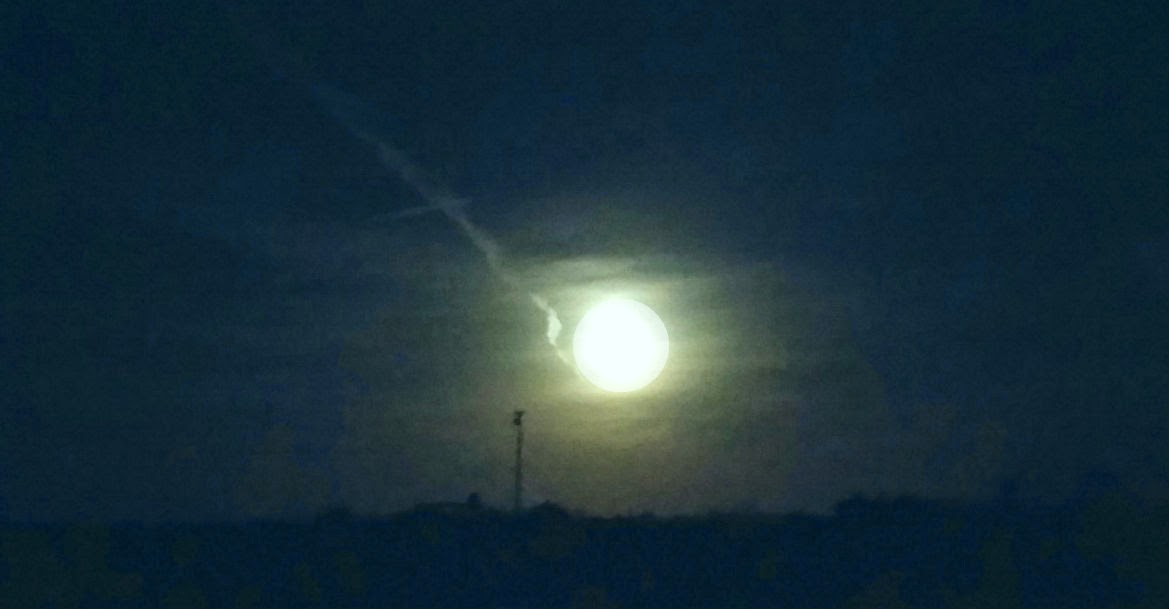 Saturday we woke, made coffee, started slow. At 10:00 a.m. we drove over to the Copper Mountain Mesa Community Center for the Association board meeting. It was pretty typical of board meetings but I did walk away with a new sense of ownership of the community center, having paid my dues and being a member. Ken struck up a conversation with an old timer and got lost in the history of the mesa. I was asked to wait tables at the next pancake breakfast and though I declined I’m reconsidering. Maybe my poor old knees could handle one hour. I waited tables for 15 years and it was my all time favorite job, being, I suppose, an introverted people person, if that makes any kind of sense. So I have to remember to call Steve Tuttle back and tell him that I will.

My favorite decision of the board was to turn off the flood light at the fire station next door next to the community center. I know almost all of the surrounding night lights by heart and that one is so bright that it lights our cabin interior from two blocks away. I’m a fan of the Dark Sky Association and being able to see the stars,the Milky Way, and other heavenly bodies at night.

Another issue concerned outreach to seniors and veterans. Every weekend I read the Sheriff's Calls section of the local paper. This week there were at least four calls related to people wanting to kill themselves - not that this is related in particular to seniors and veterans. But this is a rural area and some people come out here to be left alone, but not always THAT alone. Vulnerable populations need outreach and sometimes just plain practical help - a ride to the store, or someone to talk to.

I introduced myself to a mother and daughter - members of the Center - and had to explain that for now Ken and I are "weekenders." The daughter made a negative comment about weekenders and I asked what that was about. She said a couple of them moved in next to them and tried to tell them how to live in the desert, and that they go out of their way to not wave to them when they pass by. (Waving is a thing out here, you have to wave.) I assured her that we’d never dream of telling them how to live in the desert and that we always wave.

The conversation made me think of a post on other desert cities that I'd read at another blog, a post that managed to be both presumptuous and condescending. Though this is about Twenty-nine Palms it speaks to the attitudes that some people pack out here and are unable to shed.

Further west, we came to Twentynine Palms, California. Twentynine Palms is a terrifying town full of chain stores, real estate agencies and massage parlors. It sits just south of the USMC Air Ground Combat Center, and I will tell you that I did not see a single adult male there who was not sporting a high-and-tight and a hostile glare. USMC tattoos were more usual than the lack of them. There was an air of barely controlled aggression in that town… it was a place that I’m not sure I would’ve felt safe in. -- I'll Explain Later

We go to the movies at Smith's Ranch Drive-In Theater in Twenty-nine Palms about once a month and stand in line at the snack bar with Marines and their children and we chat and joke around while waiting for our popcorn. Marines are not scary. They are people of integrity and I love sharing the desert with them. It helps that both Ken's father and mother were Marines, but it doesn't take a big brain to realize that assumptions will get you nowhere in the desert. Best leave them back at Interstate.

We invited some of our new friends over to the cabin for a pre-Joshua Tree PRIDE mini-bash and then drove to Yucca Valley for supplies. Four neighbors, Annelies, Jim, Kip and Gloria stopped by and we drank Malibu rum and pineapple juice in the shade on the east side of the cabin. Kip brought delicious homemade guacamole. Later we piled into cars and drove the twenty minutes to town.

Joshua Tree PRIDE was great. We took our folding chairs to the stage area and found friend to sit with. I especially loved this stacked tire treatment that looked oh-so-very Chanel.


The stage was beautiful – colorful, sparkley, cheerful and professionally homemade. The first act we heard was Shari Elf and her friends, of the Crochet Museum fame. She was fetching and her enthusiasm was infectious.
Next came the Sibleys. Laura’s mic was on the fritz so they had trouble but shined nonetheless.

Denise and Michael Myers had a booth for their church, Oneness Ministries, and animal rescue. They plan to board the pets of deployed Marines so that they have something to come back to when they return from overseas. They had a good day, met a lot of people and received lots of donations for their projects. The trees we planted last week were much the better for Michael coming by and watering them while we were gone. We're very grateful for good neighbors.

Comedian Julie Goldman kept the crowd in stitches, and the crowd loved her song Wear Your Pussy As a Hat, though I think she did scandalize a few children with her comments about using babies to fuel her SUV. A small gaggle of tots occupied the dance area at the beginning of the show, troubled an ant hill, built conceptual earth art, and danced exuberantly.

Ken was smitten by Jesika von Rabbit but I had succumbed to an introvert shut down, so just barely heard them. I came out of it in time to see the Cirque du Soleil-style acrobatics act of Zircon and Wish Aerial Circus, stunning in the balmy desert night.

We hurried home around 9:45 p.m. to watch the InternationalSpace Station cross the night sky. The neighbors were having a party in a Quonset hut aglow across the mesa. The music wafted over and served as a backdrop to the small point of light - the ISS - that wandered for a minute and then faded into the darkness.

Sunday morning we drove to the Palms for breakfast and hung out with Laurel and Frank of the Glass Outhouse Gallery, Annelies and Jim, the lovely and adorable Sibleys and Kip (who one day deserves a post of his own).

Here's another comment that tickled my fancy from the good people at I'll Explain Later,

Really, Wonder Valley stands out in my mind as a silhouette of lost innocence. People moved here to escape regulation, to leave city life behind and make their own way, but in Wonder Valley, that dream hangs in tatters...

There was a diner along the highway that looked like a promising hamburger possibility… but it was closed. Beyond the fence, behind the restaurant and the massive AC unit that accompanied it, stood a guillotine.

Yep. There is a guillotine back of the Palms, a prop for a Sibleys' song  Can I borrow your guillotine? And, by the way, it's an evaporative cooler - not an AC. There. Take that!

Our bill came to $16 and change - for 2 bloody marys, 2 vodka grapefruits and 2 breakfasts. We can't afford NOT to eat at the Palms.

We drove home, finished building the drawers for our IKEA bed and table and started to hang the new drapes but discovered IKEA didn’t include screws for the fixtures. What’s up with that, IKEA?! A nap, another watering and back to L.A.

We left via Aberdeen and at Ancient Woman Springs Road were surprised by Andrew Roger’s Rhythms of Life sculpture on the mountainside. What a nice end to another great weekend!
Posted by Ken and Teresa at 8:42 AM