Last weekend at our cabin in Far North Joshua Tree was the best weekend EVER. 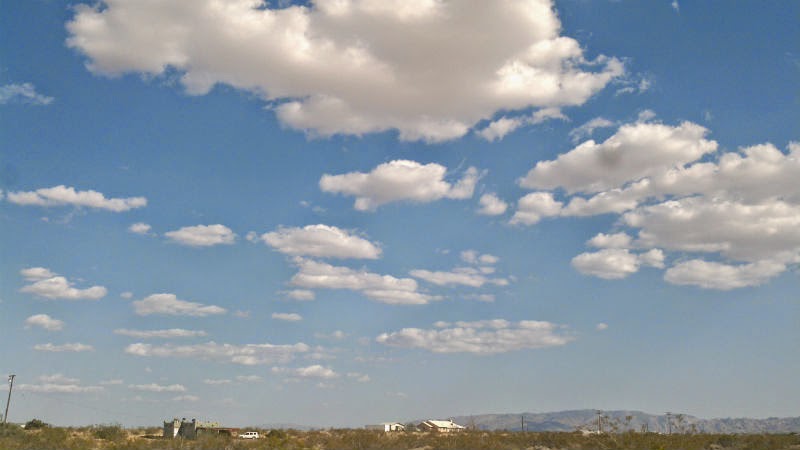 On Saturday night we had our first barbecue, cooking steaks outside on the hibachi. Delicious. It was great to not go out, to stay in the cabin and cook. Our neighbor Michael dropped by to say hello.

Sunday morning we drove to the Palms in Wonder Valley and had breakfast and chatted with Mary and her daughter Laura, of the Sibleys. Love us some Sibleys.

Later on Sunday we saw Tenariwen from Mali at Pappy and Harriett's in Pioneer Town. The four miles to get there was incredible - with some of the most wonderful rock formations I've ever seen. (Sorry for all the hyperbole.) 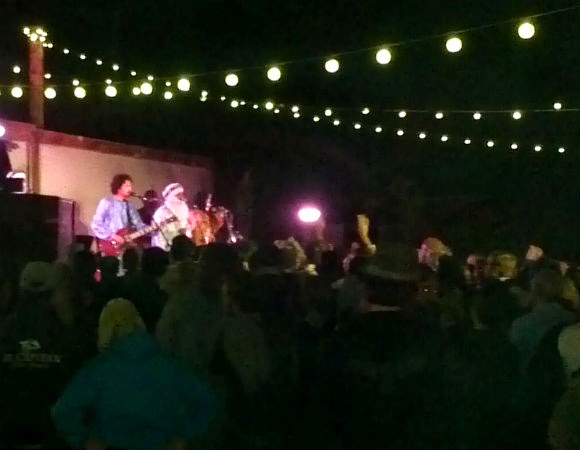 While there I saw a meteor, from the Lyrid shower. It looks like a plane on fire speeding through the night sky - all orange. I thought a meteor shower, never having seen one before, was the same thing as shooting stars and NOT meteors burning up in OUR atmosphere!

While cooking breakfast outside (bacon and pancakes) the next morning our neighbor Kip came by in his vintage sports car, just to check out the cabin and shoot the shit. After breakfast our neighbor Jack came over bringing sodas and energy bars. I like Jack and I like neighbors that drop by.

While Jack and my husband Ken and I were outside talking I noticed a big shadow move over us. I looked up and saw a big black bird with white under its wings flying over. I said, "What kind of bird is that?" thinking it might just be a really big raven. Jack said it was a hawk. I said, "I've never seen a hawk like that." I'm thinking it may have been some kind of vulture.

After Jack left I finished making cages for our tender-leaved trees. We were warned critters would turn to them and denude them as the weather warms. After that I took a nap. I left both the doors open. Ken was out front putting in a split rail fence. After awhile I decided to get up and opened my eyes. There was a big brown snake wound up a the door, its head up, starting to come in. I jumped up, ran to the back door and yelled for Ken. I took a second look and realized the snake was too thin and too long to be a rattlesnake, though the markings were similar. It's head was too tiny and it had no rattle. The day before I'd seen snake tracks in the wash and in the driveway and looked up king and gopher snakes so was prepared to tell the difference. I took this video as it moved across our south porch. It spent some time under some tiles in the yard and then moved on to the larrea trees.

While we were packing up to leave I saw movement out of the corner of my eye, looked out the window and saw this huge prop plane banking around our cabin. Ken and I ran outside to watch it circle us, almost on one wing, low to the ground, tip back up and fly off toward the base. Ken is certain it was an KC-130 gunship. It had four propellers and was so big and close, more so than in this video that I shot.

You can't really tell how HUGE this plane is from the video and how strange it was to see this flying almost perpendicular to the ground and as low as it was. Check the picture below for size. 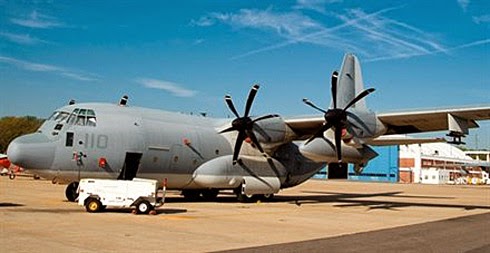 After the air show we packed up to leave, stopping to visit friends on the way out of town. They had sand food (pholisma sonorae) growing on their property and I really wanted to see it. Our friend was kind enough to place his hand in the photo for scale. Sand food is a parasite, growing on the roots of white bursage. It doesn't seem to harm the bursage in any way. 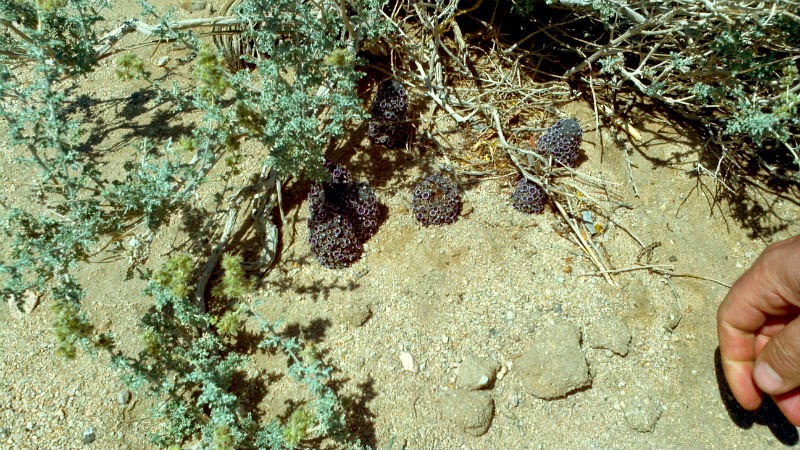 Sand food is so other worldly. I expected them to split open and emit a colorful cloud of gas that would alter us in some way. They're really beautiful, a deep purple, and bees love them.
Posted by Ken and Teresa at 7:55 AM