The Mojave - an arid forest 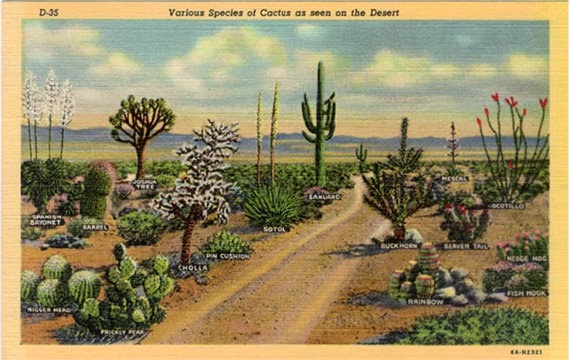 The thing is that the Mojave Desert is full of life, both flora and fauna, and it was inhabited and tended by indigenous peoples. It was far from a wasteland, barren, abandoned, or desolate. It was and is a thriving ecosystem full of life, some of which cannot be found anywhere else on Earth.

The Mojave was considered deserted from the point of view of settler colonialism - newcomers who displaced and replaced indigenous peoples permanently. The Mojave Desert could not be farmed with the same ease as the river valleys of the Midwest. There was little in the Mojave that one could exploit, except perhaps by mining. Today, though, corporations are taking another look and exploiting and destroying the land for wind and solar farms, continuing to create centralized, rather than distributed, power putting riches into the hands of the privileged few. And their eyeballs are turning to dollar signs as they search for ways to get their hands on, to sell, the ancient underground aquifers. How much of this is because these oligarchs consider the Mojave "deserted," with no one to object to their sacking and pillaging?

Read about the man who wants to make millions selling the aquifer to Los Angeles:
Can Water Under the Mojave Desert Help Quench California?

Looking at Joshua Tree, Twenty-nine Palms and Wonder Valley through the lens of Google Earth, and from driving around the area, I am struck by how people use the desert as a private dump. There is trash everywhere. How much of this is because people consider the Mojave Desert a deserted "wasteland"?

Newcomers blade and fence tracts of five acres and more, dislodging sand and topsoil that the wind strips from the land and redeposits for miles and miles, choking the desert crust and the delicate life forms trying to keep their toehold. How much of this is because people associate the word "lifeless" with the word "desert"? 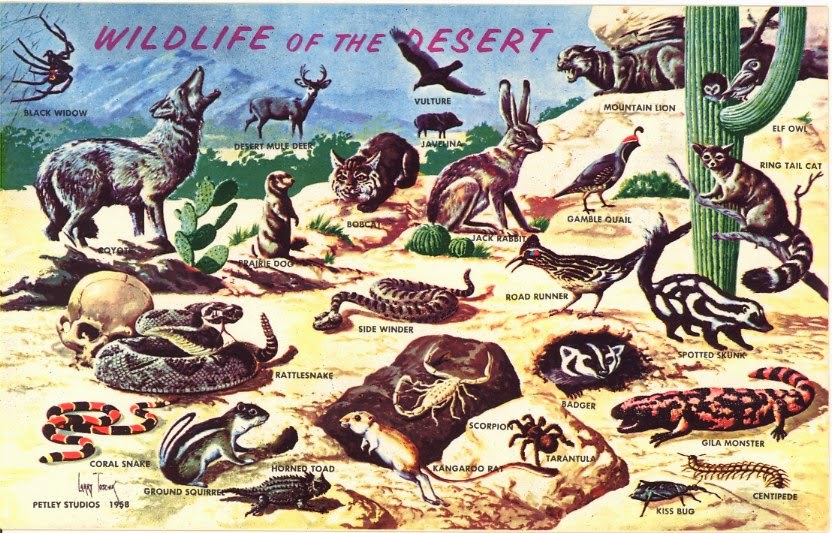 Another problematic term is "creosote bush" - the common name for Larrea Tridentata. Creosote does not come from creosote bushes. Creosote is the toxic byproduct of the distillation of tar. Someone thought the the two smelled similar and so christened the Larrea "creosote" and the name stuck.

We are quick to revere the giant redwoods and sequoia and the old growth forests but because of the way we've named and described the Mojave we've failed to recognize its similar grandeur. Larrea are some of the oldest life on Earth and one Larrea in the Mojave has been calculated at around 12,000 years old, far older that the oldest redwoods or sequoias or even the bristle cone pines.

See also: How to Appreciate Old-Growth Desert, by Chris Clarke

This year we planted eight trees: two jojobas, two desert peach, two desert willow, one soapberry tree and one mystery tree. None of these will grow very tall and most will retain the aspect of a bush, very similar to the size and shape of the Larrea. Yet they are called trees. 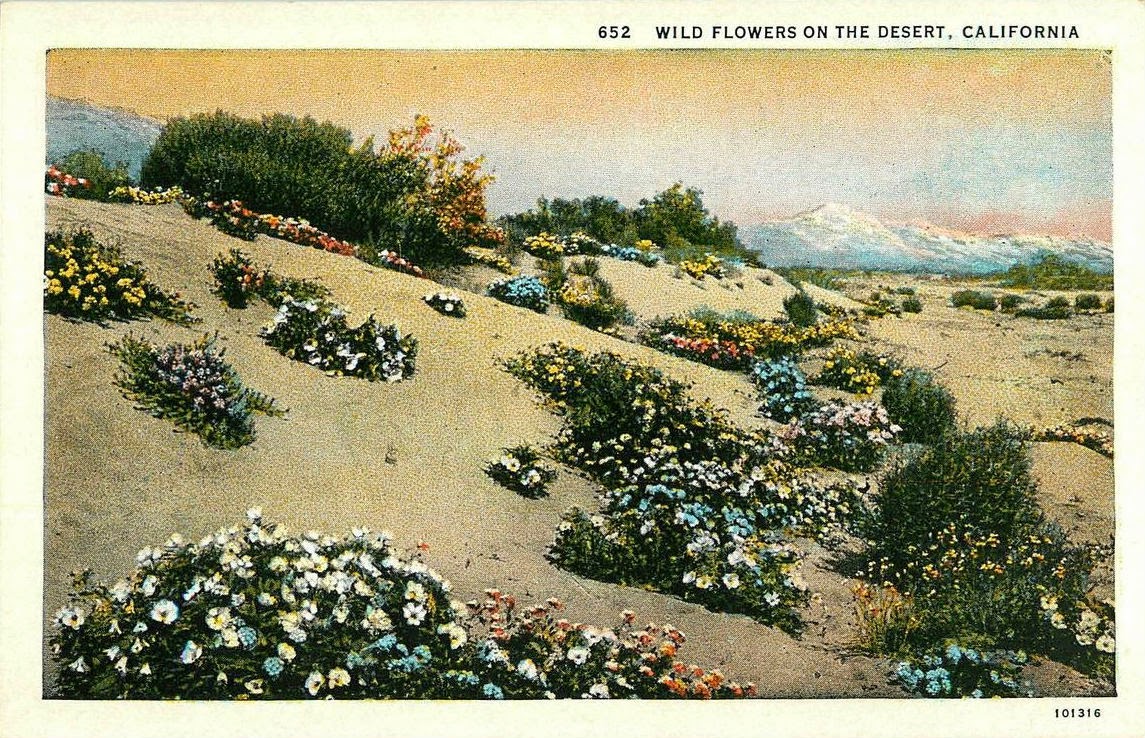 I suggest we stop calling the Larrea a creasote bush and call it what is - a Larrea tree. The land would then no longer be best described as a desert, but as an arid forest. We must jettison the words "wasteland," "lifeless," "abandoned," "desolate," and most of all, "desert" or "deserted." Re-imagining the Mojave as an arid forest would have a profound and direct impact on the land, the flora and fauna, and the people who live here and those who enjoy coming here.
Posted by Ken and Teresa at 10:27 AM