The dark side of our desert 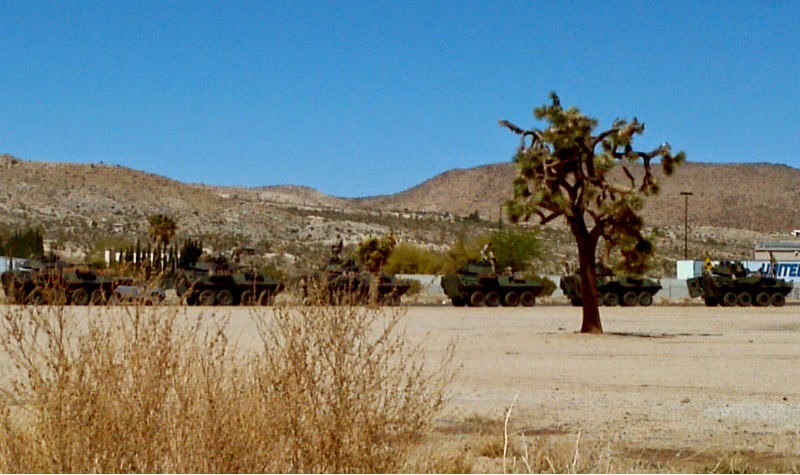 I was reading up on the Marine Base at 29 Palms, the Marine Air Ground Task Force Training Command (MCAGCC), and read that there have been more deaths ON the base than in the same period for those actually deployed. Sixty service members from 29 Palms have died in the Middle East since 2007. Sixty-four have died here.Twenty-eight died in off-duty vehicle accidents (12 on Highway 62), and 15 have committed suicide.

I have a lot of respect for Marines and other service people. It's hard to think of them living under the kind of stress and duress that would make them take these kinds of risks, and take their own life. What are we doing to (and for) our sons and daughters?

Part 1: Desert base, deadly highway
Since 2007, more marines from the twentynine palms marine base have died back home than in the war-torn middle east

Part 2: Ending it all by their own hand
Corps probes marine suicides, hoping to halt a 'trajectory toward death'